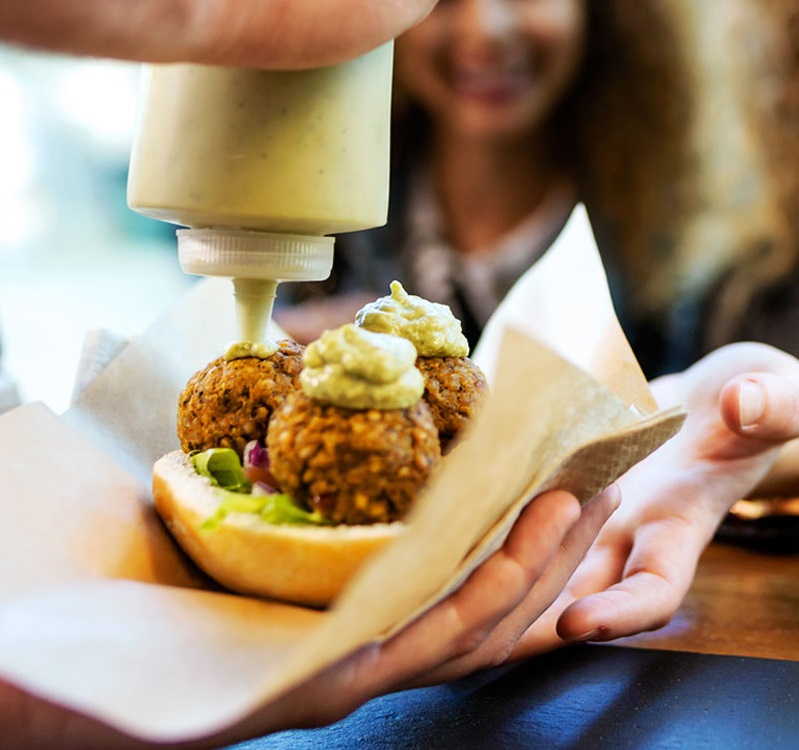 Street food is a popular part of daily life, with a vast variety of vendors and food trucks around the world. It is easily available and well-known foods contribute to the local economy. Despite these strengths, many cultures don’t highly regard street food. In particular, it’s often perceived as unhygienic compared to restaurant food. These concerns around standards are indeed upheld by research in some countries. Researchers Dr. Bendegul Okumus at UCF Rosen College of Hospitality Management and Dr. Sevil Sönmez at UCF College of Business analyze the inspection challenges street food faces and review the gaps between food safety regulations and practices.

The World Health Organization (WHO) defines street food as ‘food or beverages prepared and/ or sold by vendors in streets and other public places for immediate consumption or consumption at a later time without further processing or preparation’. The consumption of street food has been growing in both industrialized and developing countries. As it has become more popular, so the number of food trucks, as providers of street food, has also grown. Food trucks provide quick, economical, tasty and diverse foods compared to restaurants which are often closed during late or early hours.

However, research has highlighted concerns in some countries about whether street food complies with safety, quality, environmental and regulatory standards. Despite food trucks having regular inspections, safety concerns are still high for the general public. Like developing countries, developed economies are experiencing a rise in foodborne illnesses. Are the concerns around street food valid? Why is there a gap between food safety regulation and implementation? And what can be done to tackle the public health challenges of the food truck industry? To answer these questions, Okumus and Sönmez focused their attention on the food truck industry in Florida.

The researchers initially selected the Florida Department of Health (FDOH) food safety regulations and inspection facilities as a standard to review the gaps between food safety regulation and practices. To this, they added peer-reviewed articles and additional non-academic articles from media sources. Focusing on one state enabled the researchers to conduct their review in detail. However, as Okumus and Sönmez point out, ‘while regulations can sometimes vary between states, primary safety regulations and inspection practices remain the same at a local level in each state’. The conclusions from this study can therefore be extrapolated to other states.

One way to tackle food safety risks is through regulation. Developed countries, like the UK and US have a level of regulation and licensing to minimize food safety risks. For example, in Florida, all food trucks require a license to operate and these licenses are only granted once several conditions (clean water supply, waste disposal facilities, separate wash sinks etc.) are met. However, while regulation may exist in the US, compliance is still a concern. The localization of rules, established by local authorities, could be a reason for lack of compliance. If regulations on food preparations, permits, parking and inspection processes, for example, differ according to region, it can be difficult for a vendor to keep on top of them all and for consumers to know what to expect. Indeed, increased regulatory pressure from the authorities may well have political motivations or be fought against by those who seek out the lower cost meals offered by food trucks or who celebrate a thriving local food culture.

Routine inspections are carried out at a rate that corresponds to the food outlet’s risk level – high risk outlets are inspected more often than low risk outlets. Outbreaks or complaints around food safety will also trigger inspections. These, and routine inspections, are carried out with no prior warning. However, the researchers note that, while regulations and inspection regimes are in place, poor food hygiene still occurs and food vendors are still issued with ‘unsatisfactory’ certificates. Why is this?

While inspections are carried out with no notice given to the vendor, they are often not scheduled during the food truck’s hours of business, especially at night. This means many unsatisfactory practices, like a lack of hand washing or poor temperature control, go unobserved. In addition, the inspections use a checklist structure. The authors highlight that a checklist does not provide a high enough level of observation and investigation. There are clearly gaps between the food safety regulations and their related inspections. As Okumus and Sönmez explain, improvements are needed to bridge these gaps.

Licenses for food trucks have become increasingly costly in some successful street food hubs. As a result, many vendors are choosing to operate without a license. In addition, rather than purchase an eye- wateringly expensive food truck ($55,000 to $180,000), many choose to self-convert an existing delivery truck. This means that there is an  increasing number of unlicensed food trucks, which have been built by similarly unqualified builders. With the food truck offering a relatively inexpensive and easy route into the industry, it is an appealing option for those lacking experience and the requisite food safety knowledge.

And food safety is not the only area of concern for unlicensed trucks. Okumus and Sönmez cite The National Fire Protection Association (NFPA): ‘Approximately 540 vehicles caught fire between 2007 and 2011 because of propane, causing $8 million loss in property damage’. These fires can be explosive and cause damage to property and serious injury.

Food truck violations have increased in recent years as the trend for street food strengthens. And while authorities remain proud of their regulatory activities, inspectors continue to issue warnings to consumers.

Okumus and Sönmez provide several key points for improvement. Importantly, they suggest that one way to approach the problem is to increase consumer awareness and encourage consumers to follow a series of checks. These are detailed in the Critical Observation Points figure to the left. First, all food trucks and vendors should be required to clearly display their licenses and latest inspection grades for consumers’ information. At present, policies and practices differ on this point. Second, consumers should be encouraged to look at the food preparation area. They should ask themselves – does this look hygienic? Is best practice being followed? Third focuses on the vendor’s undocumented illnesses. Excellent hygiene (no skin contact with ready-to-eat food, hand washing, not working after stomach sickness) is required to avoid the spread of major diseases such as hepatitis A. Fourth, food should be kept at appropriate temperatures – hot should be hot and cold, cold. Any exceptions to this should be reported immediately by consumers. Fifth, food trucks’ mobility can make it difficult to locate them for inspections. Despite this, inspections should not be carried out during slow periods. Frequent monitoring, knowledge sharing and communication will help improve standards.

The authors acknowledge the wealth of information that can be provided by consumers. Indeed, they recommend consumers draw on the reviews provided on online sites and apps to check whether food safety concerns have been raised by previous patrons as well as to gather information on pricing and menu items. With so much information generated from customers on social media, the authors highlight that food standards bodies in countries like the UK, Australia and New Zealand have active social media presences in order to make use of this.

From this literature review, Okumus and Sönmez are clear that while the responsibility for food safety regulation lies with the authorities, consumers have huge power to affect this. Reporting from consumers, combined with improved inspections and communication between vendors and regulators could go a long way to improving the current food safety of food trucks. 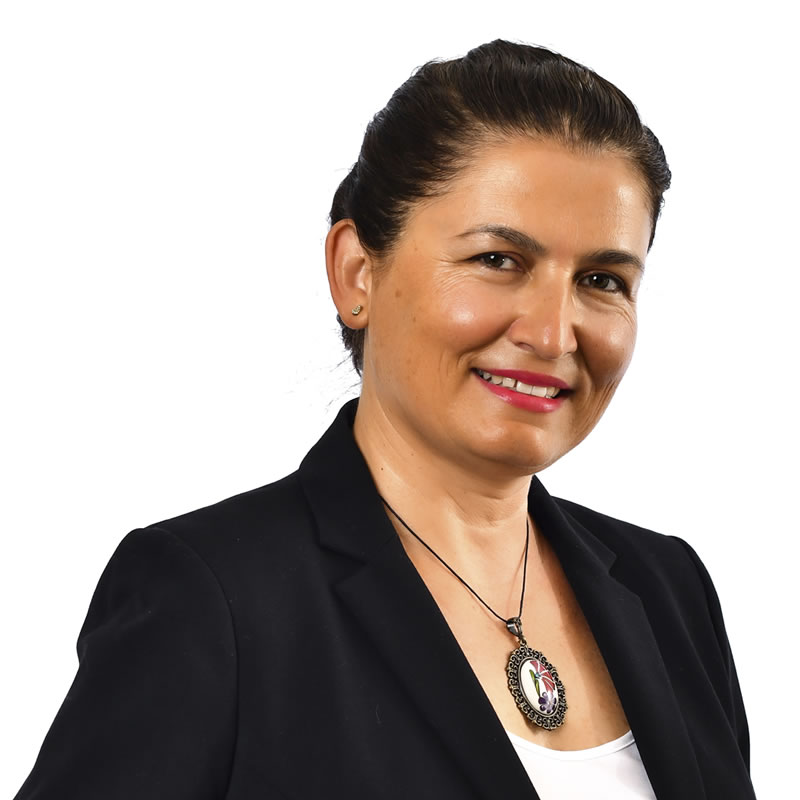 Dr. Bendegul Okumus is an Assistant Professor in the Department of Food and Lodging at Rosen College of Hospitality Management within the University of Central Florida. Her research areas include food safety/hygiene, culinary tourism, food waste, and health and wellness.

The authors wish to thank the Rosen College of Hospitality Management for funding the study.

What other areas require further research, based on your review? 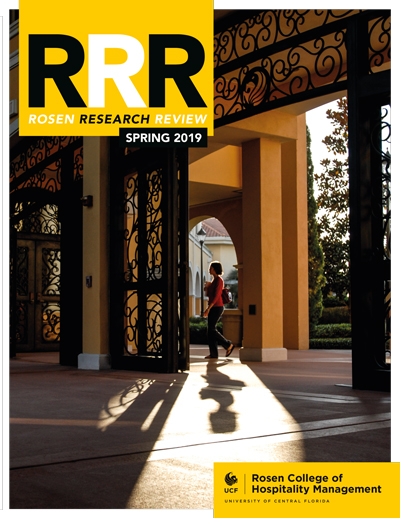 151 UCF Faculty Promoted Across All Disciplines